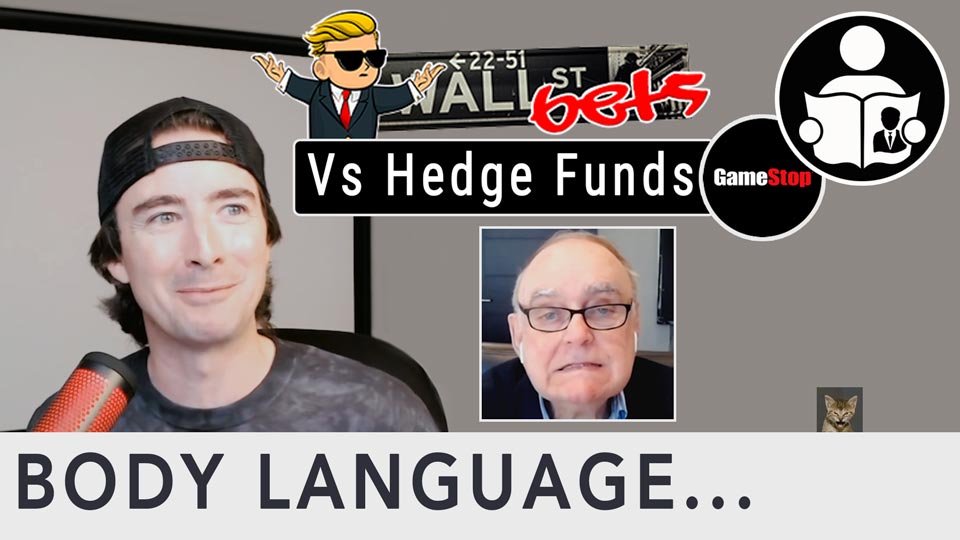 Eileen Guthrie
Famed Member
You can flag a comment by clicking its flag icon. Website admin will know that you reported it. Admins may or may not choose to remove the comment or block the author. And please don't worry, your report will be anonymous.

So, hedge fund “elites” moved to drive GameStop’s stock (GME) down, profiting as they continued to short sell before Redditors took notice and mounted a pushback. They purchased as many GME shares as possible to drive up the price, knowing that these hedge funds still had unaccounted shares to buy back. It meant that these hedge funds would be left paying huge sums for GME shares and hemorrhage cash without a choice.

This is exactly what happened. According to data from S3 Partners, short sellers have so far lost more than $5 billion on GME, including huge losses of $917 million on Monday and $1.6 billion on Friday. Melvin Capital, the hedge fund had to take on a $3 billion bailout from two other hedge funds, Citadel and Point72.

Redditors has taken on “Occupy Wall Street” and made it into “Infiltrate Wall Street,” but it’s not merely a joke. What happened with GME was very clever on the part of these Redditors since they identified an extremely risky investment by these hedge funds and capitalized to essentially transfer billions from these large firms to themselves, ordinary day traders. In essence, they played the market perfectly – fair and square (unless proven otherwise).

Elite investors are definitely afraid when looking at the situation with GameStop as Redditors look to new targets, like AMC (which is owned by CHINA. In May 2012, and during the Obama/Biden legacy, allowed China to buy AMC Theaters that was acquired by Chinese conglomerate Wanda Group, headquartered in Dalian, who paid $2.6 billion to acquire AMC’s 5,048 screens in 347 theaters in the U.S. and Canada. … The acquisition made Wanda the world’s largest cinema chain. And the Obama/Biden/Harris administration allowed China to buy another 36 American companies and another 9 that they hold a large stake in). What may also worry them more is the fact that they will probably have no legal recourse against these Redditors.

Hedge fund managers have already taken to the airwaves to call on a Securities and Exchange Commission (SEC) investigation, and the Biden administration is “monitoring the situation.” The GME rally even drew calls for investigation from Michael Burry, the famed investor who helped launch a retail-investor frenzy in 2019 by investing in none other than GameStop. All of them seem to think that the situation was anti-competitive stock manipulation, which would be extremely difficult to prove since, among other things, Melvin knew what Redditors were doing and stayed firm on their short position. The Pelosi’s own a million shares in stock with Amazon and another half a million shares in Walmart since COVID. So, Pelosi is VERY MOTIVATED to allow COVID to spread because money and wealth are a great motivator.

It’s funny. No one in the elites objected to Anthony Fauci who sold his knowledge on the COVID, over 7 weeks and made $10 million by betting these stocks would rise as COVID spread. The question then becomes did he force it to spread for financial reasons? Fauci’s just one of them, one of the privileged elites so there’s nothing to see here folks, move along.

It’s hardly a political issue in the sense of left versus right, but rather ordinary people on the internet versus hedge funds. In my view, however, the real worrisome part here is that these Redditors are juicing certain stocks based on nothing – certainly not valuation – and only out of pure spite against large investment firms.

What GameStop has done is amazing. While that might be a noble thing to do it exposes the utter absurdity of the stock market, the problem the US financial market has with valuations and why I believe there will be an epic financial disaster coming from the Biden/Obama/Harris administration and I not alone in predicting that. The GameStop debacle shows exactly how foundationless the financial market really is at a time when Wall Street’s performance looks deceitfully rosy. Of course, the media is trying to blame Donald Trump for what??? For playing a long game against a short gamer and beating them at their own game. And just how did Trump do that? They have cut off all the communications channels so Trump can’t directly talk to us. So, please explain how Trump did that? Through osmosis or telepathically? A third impeachment trial for a man who is no longer in Office? We played their game and by their rules and WON and THEY LOST. That’s what it boils down too and it’s why the elite have lost their collective minds. NEVER BET AGAINST THE INGENUITY OF THE AMERICAN PEOPLE. Knowing who your enemy is and using that knowledge to trap them is the au jus lesson of the week. Well played my friends… well played!! The good guys are finally winning and never bet against the American people. The game is rigged and now we have the proof of it.

Dagwood
Noble Member
You can flag a comment by clicking its flag icon. Website admin will know that you reported it. Admins may or may not choose to remove the comment or block the author. And please don't worry, your report will be anonymous.

I was a bit surprised CNBC didn’t appear to be putting their own spin on it.

L G
Famed Member
You can flag a comment by clicking its flag icon. Website admin will know that you reported it. Admins may or may not choose to remove the comment or block the author. And please don't worry, your report will be anonymous.

The fist guy was very likable. Happy happy. But once the second guy came on screen, I couldn’t concentrate. His lizard turtle tongue and gaping mouth creeped me out to distraction. It was like nails on a chalkboard for me. Sorry, but thanks Mandy lol! Great analysis as always.

Peter
Noble Member
You can flag a comment by clicking its flag icon. Website admin will know that you reported it. Admins may or may not choose to remove the comment or block the author. And please don't worry, your report will be anonymous.

Those poor rich people holding the bag too.

Barbara HEDGES
Trusted Member
You can flag a comment by clicking its flag icon. Website admin will know that you reported it. Admins may or may not choose to remove the comment or block the author. And please don't worry, your report will be anonymous.

I wish you would do body language on Jehovahs Witnesses governing body members.

TB
Active Member
You can flag a comment by clicking its flag icon. Website admin will know that you reported it. Admins may or may not choose to remove the comment or block the author. And please don't worry, your report will be anonymous.

Mandy, I think the man on the right does not have many teeth left thus contributing to his ghastly look. He seemed to be a calmish older fella:)

GOMF3602
Famed Member
You can flag a comment by clicking its flag icon. Website admin will know that you reported it. Admins may or may not choose to remove the comment or block the author. And please don't worry, your report will be anonymous.

I am not part of the day trader crowd, having ascribed to the compounding over the long haul to create critical mass and creating income streams with higher dividend stabler stocks, but it has been fun to watch the digital army score a victory against those who try to destroy to make their money at the expense of companies. Some think silver is next. Since that is one of my preps, sounds good to me. You are right-we all want friends and neighbors like the first guy instead of people with chicken killing dogs that run loose. Funny how honest people are less stressed. 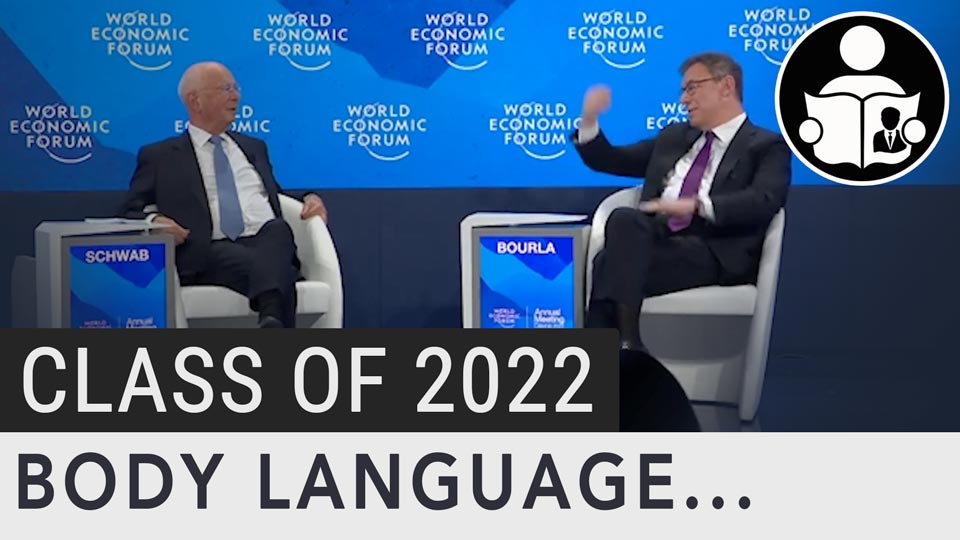 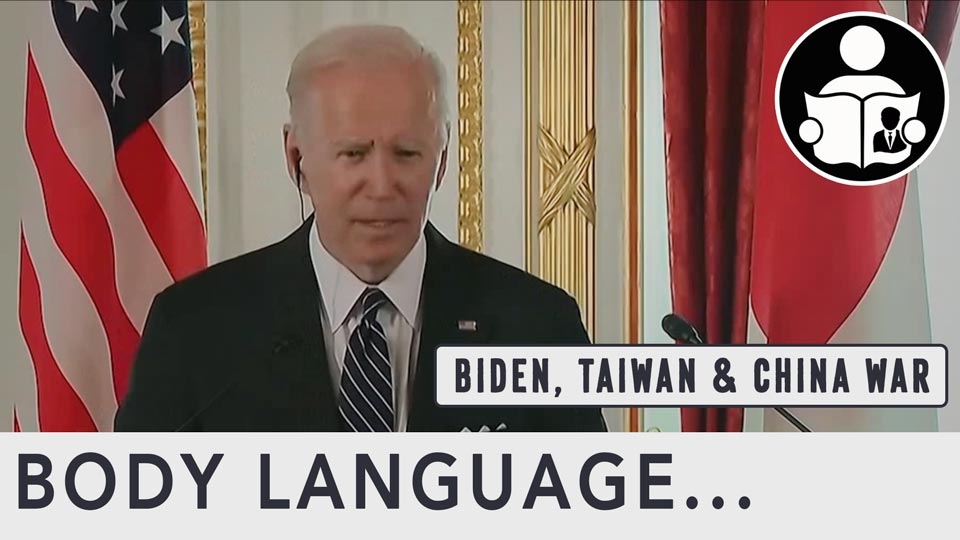 Body Language – Biden, Will US defend Taiwan militarily against China 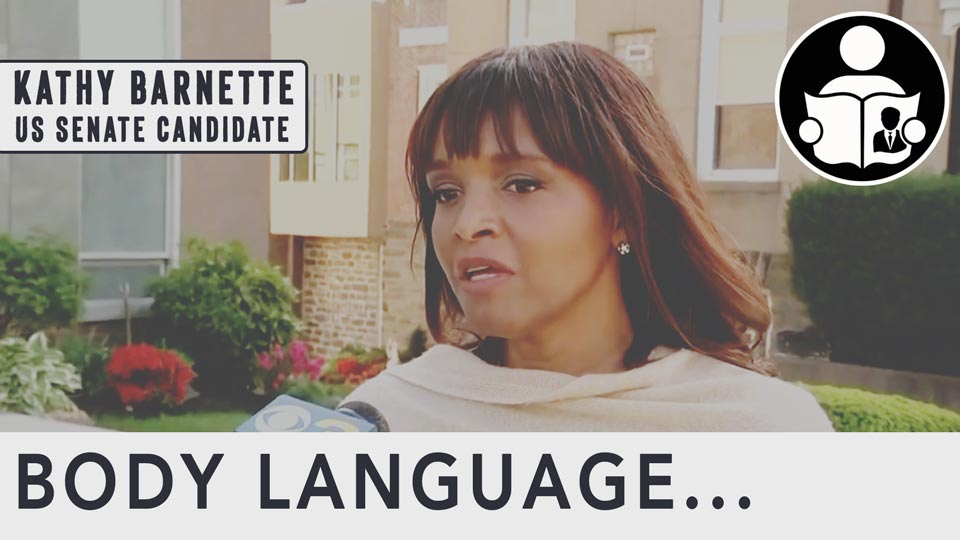 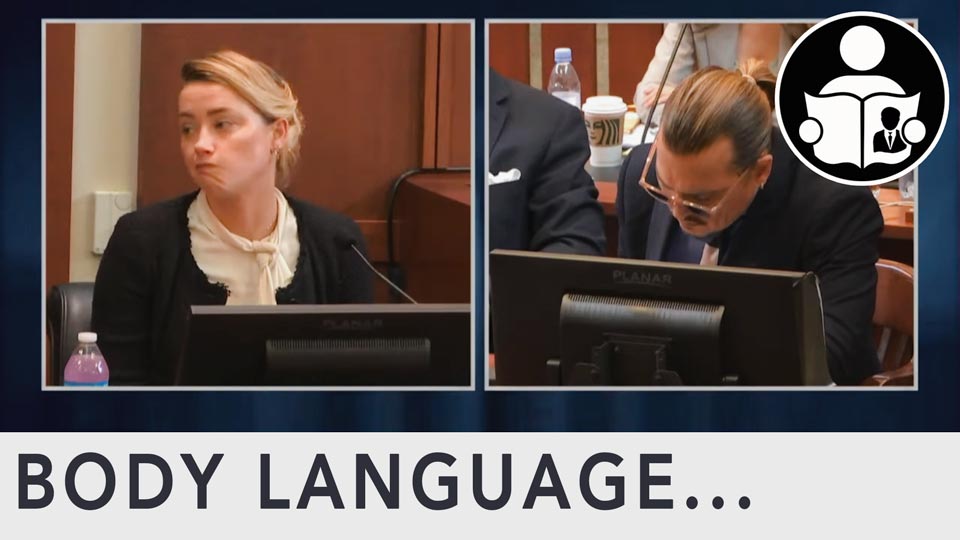 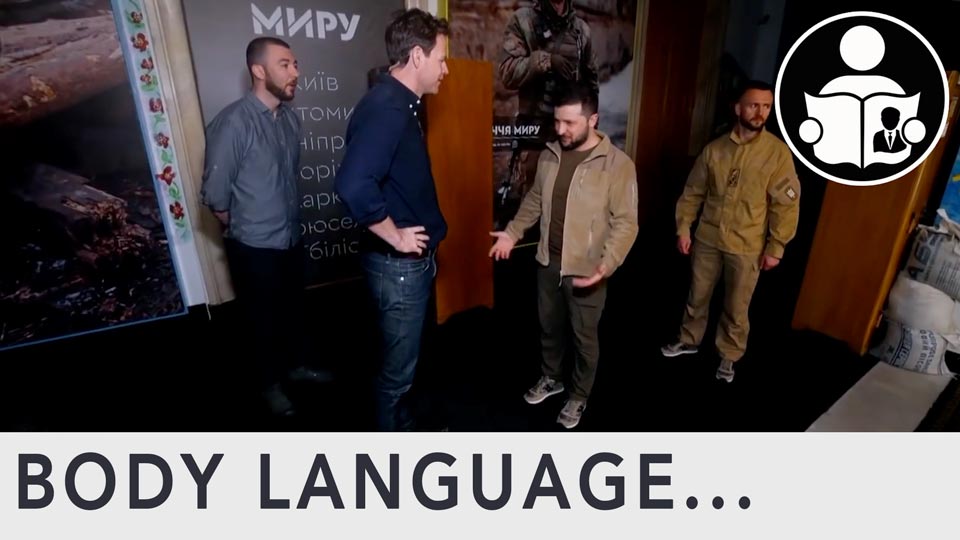 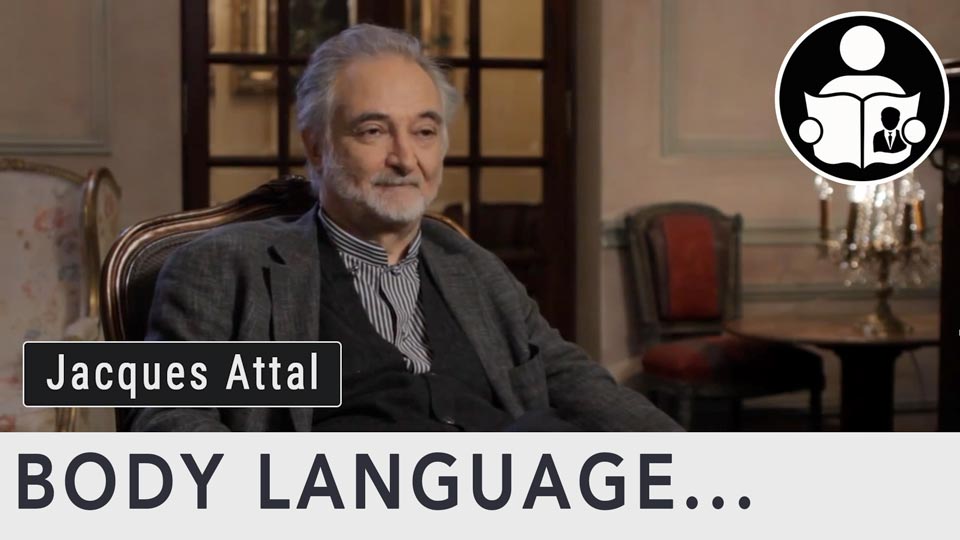 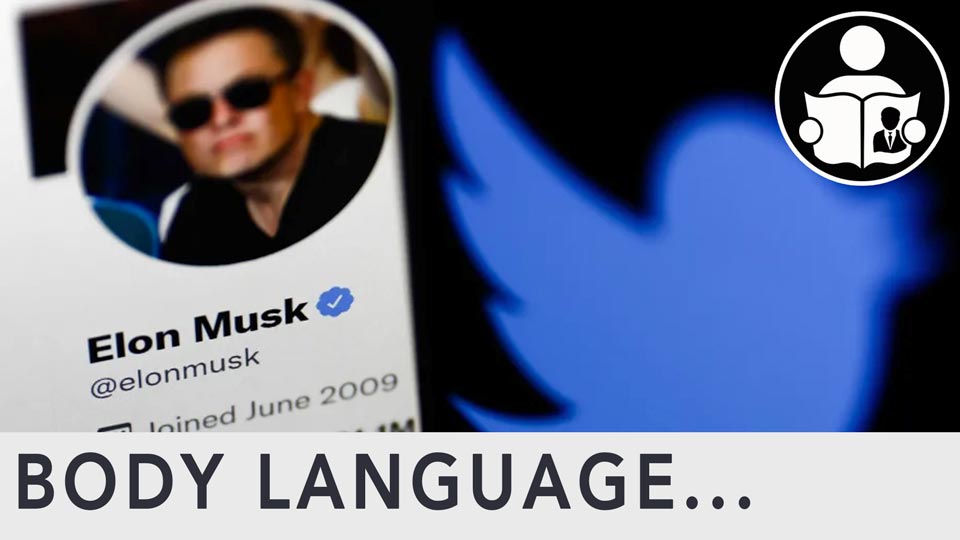 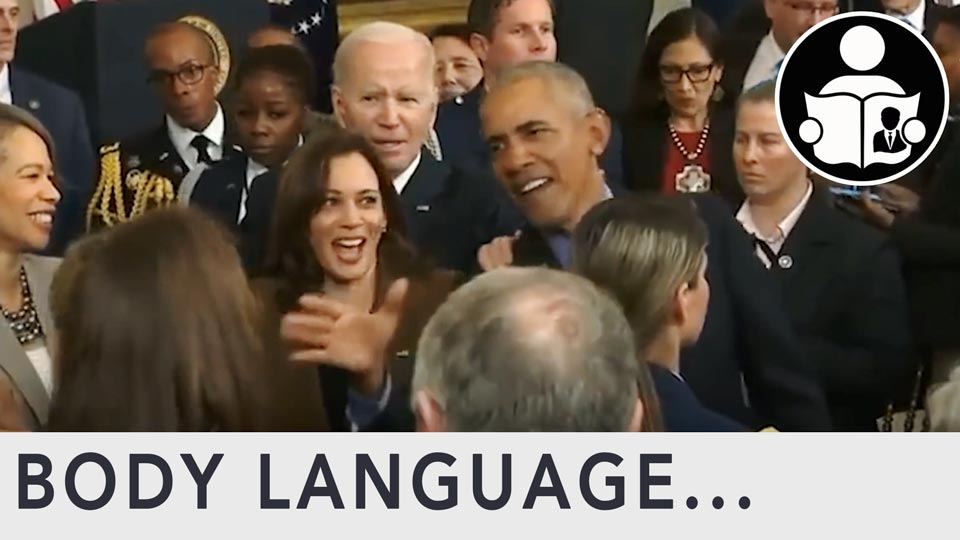 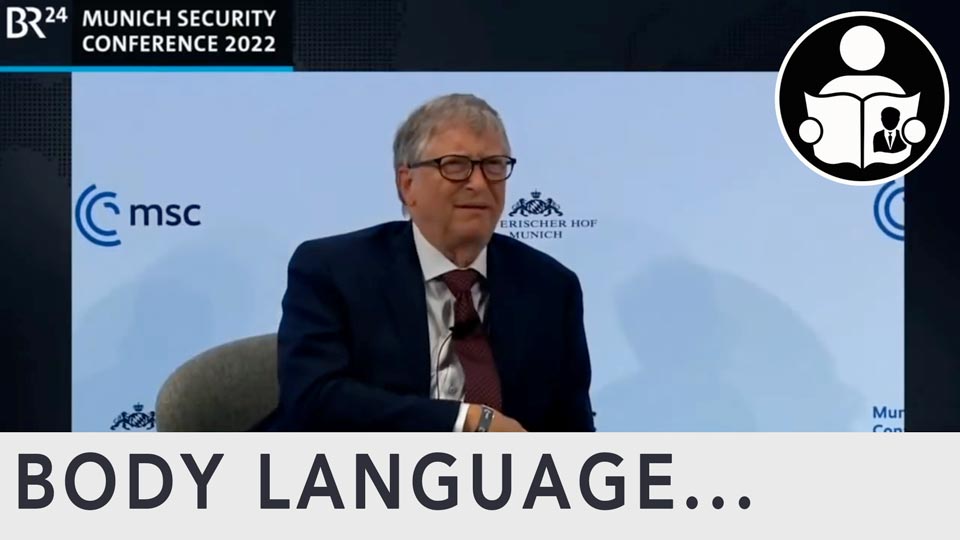 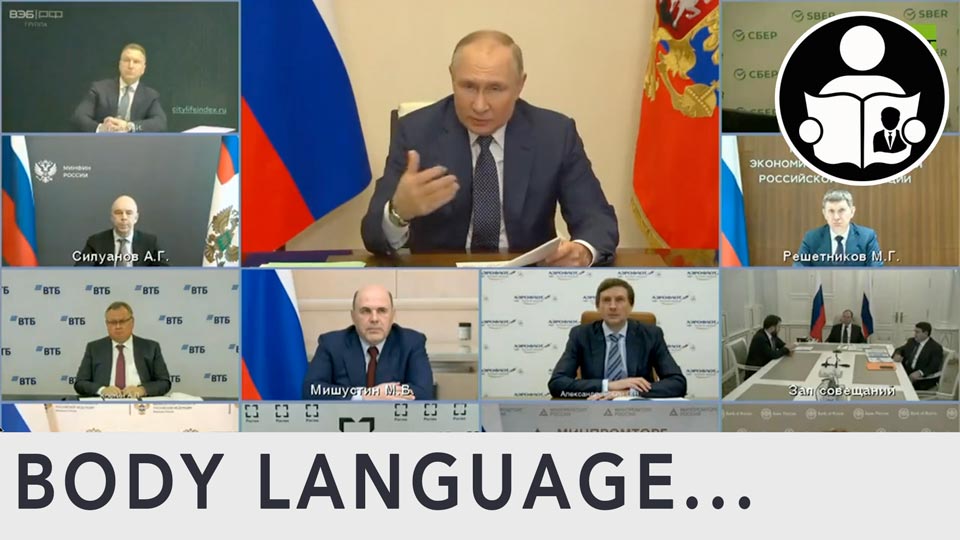 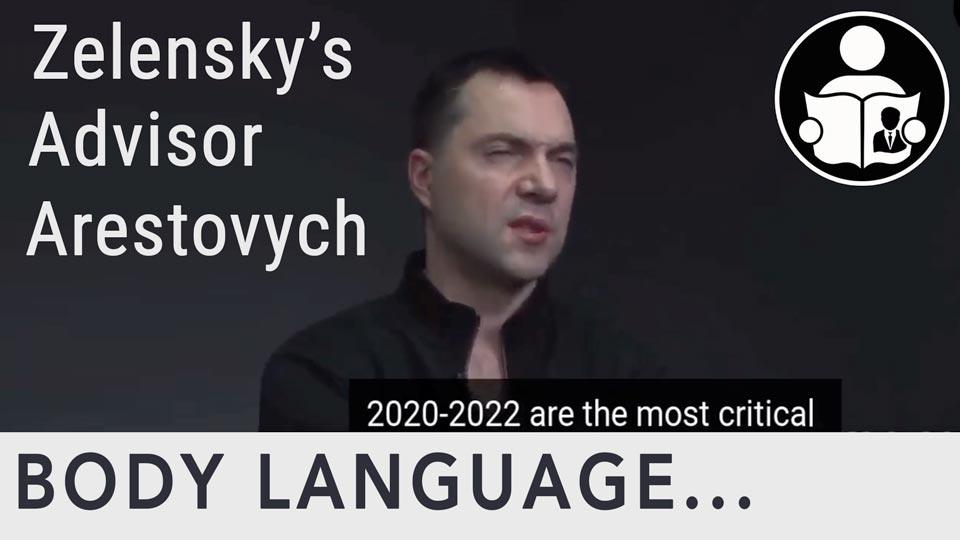 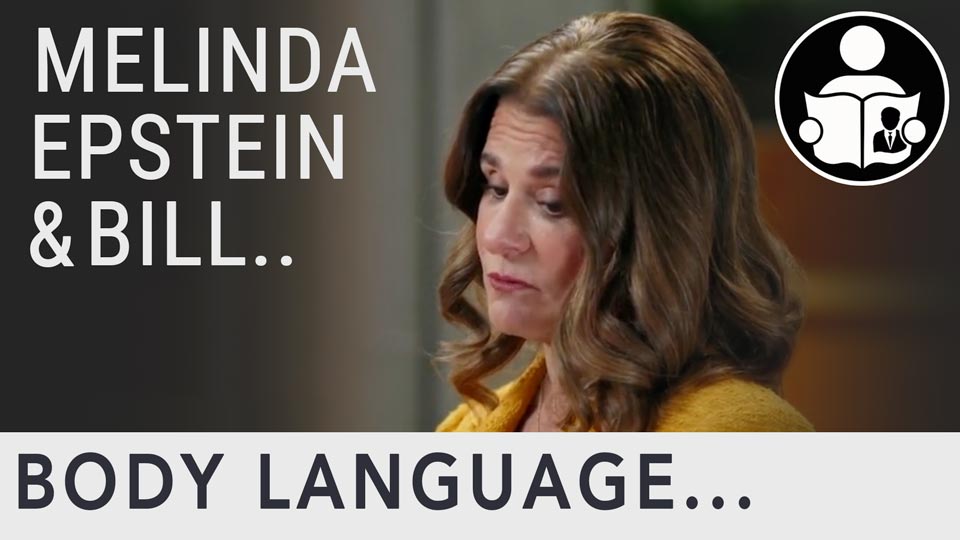 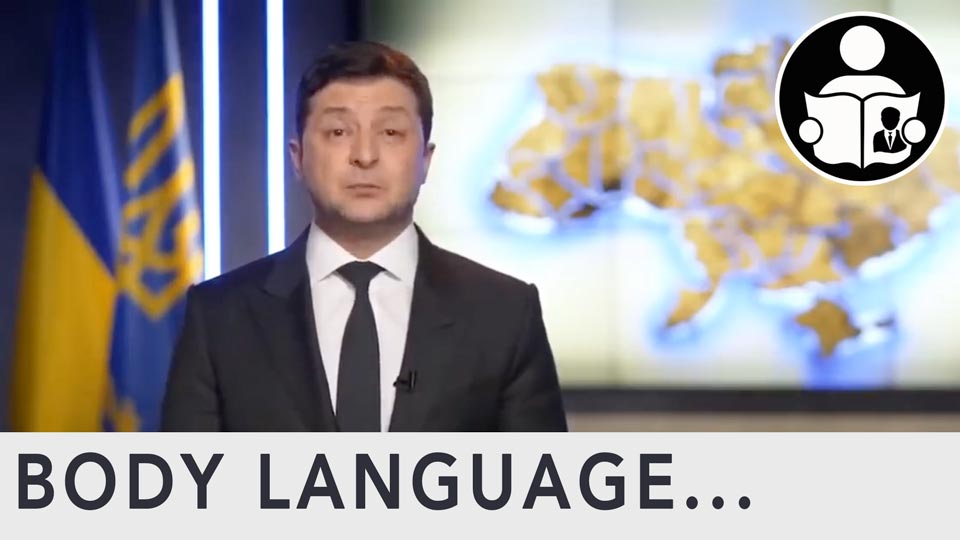 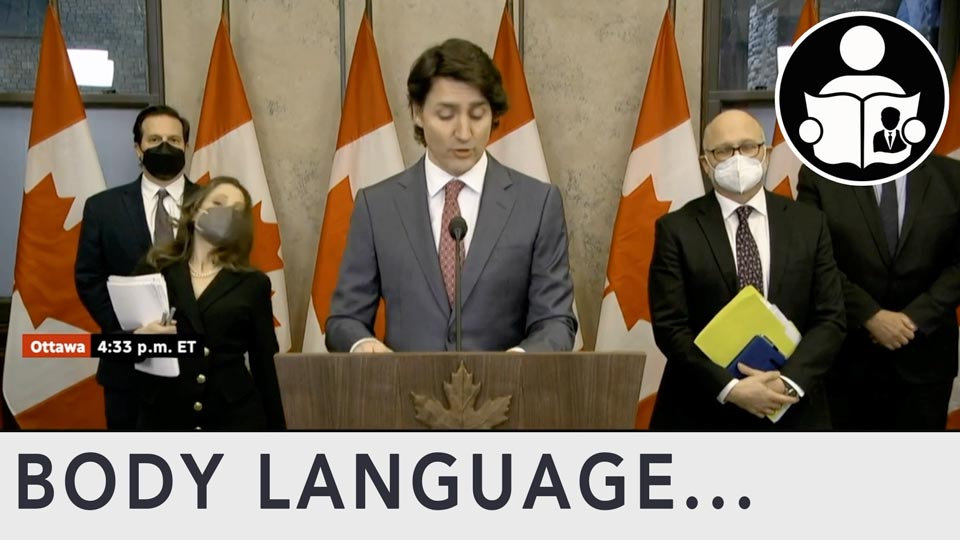 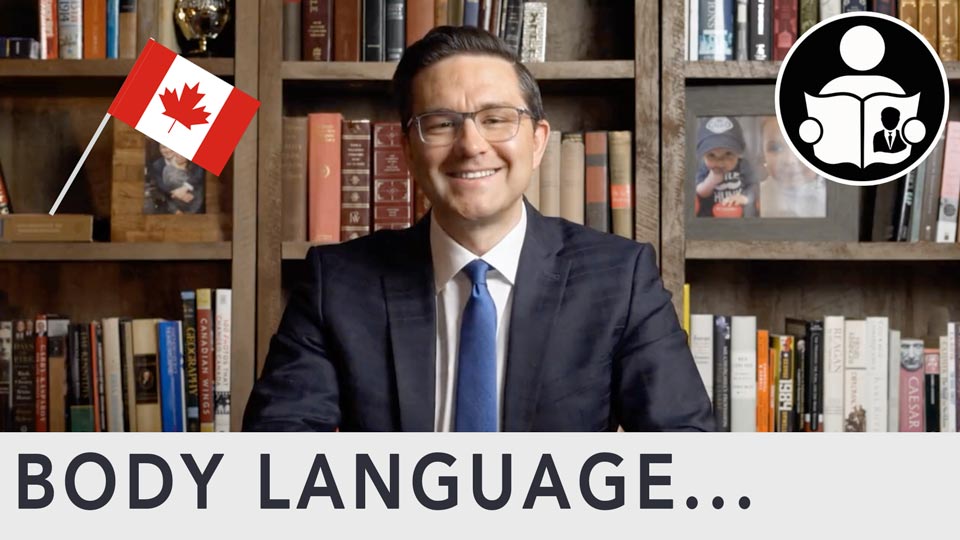 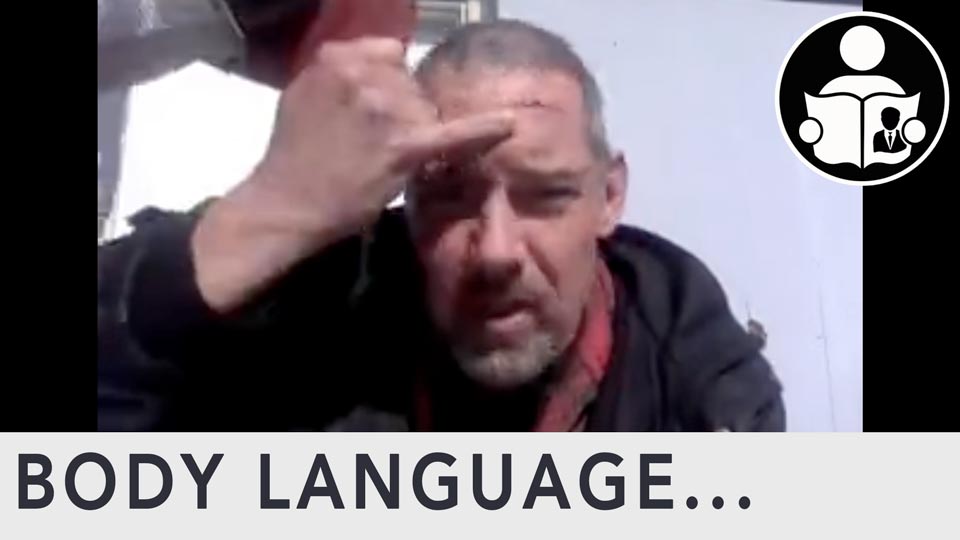 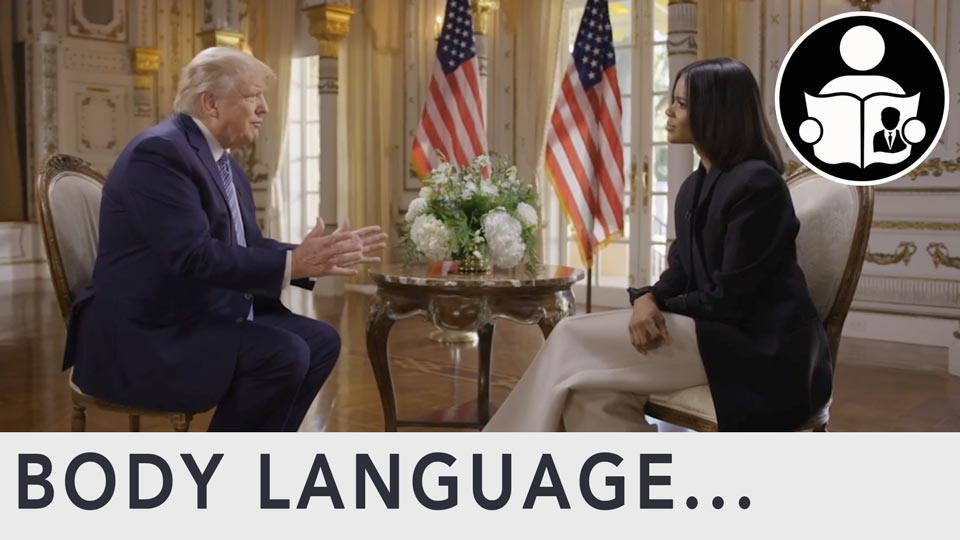 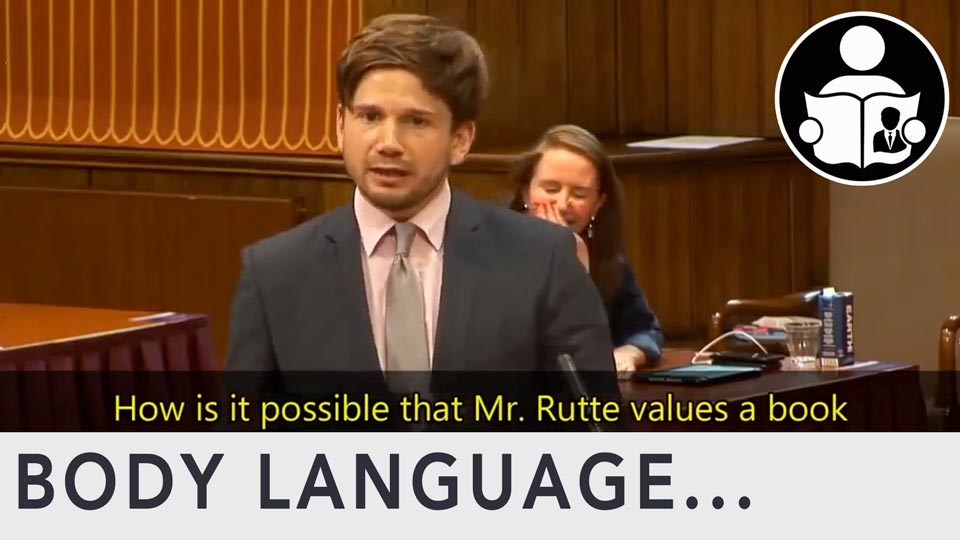 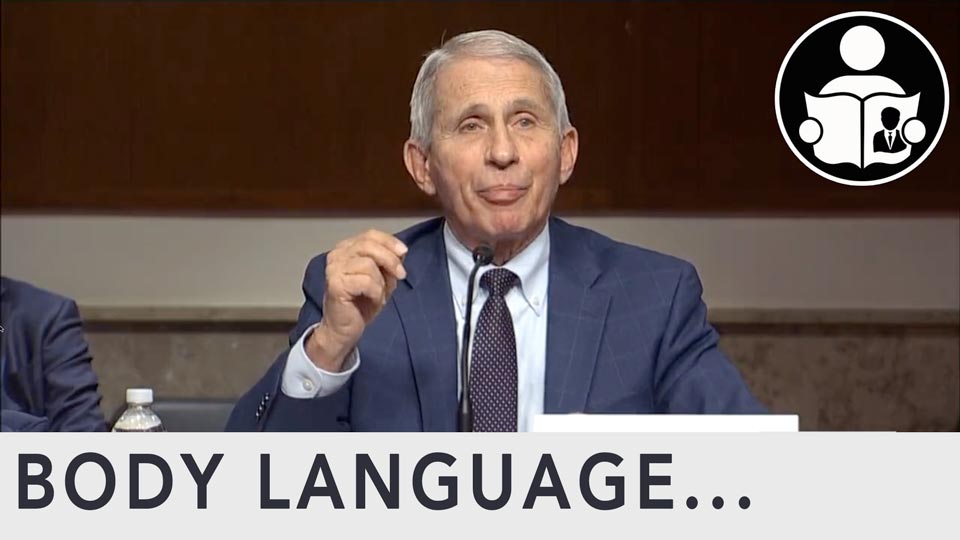 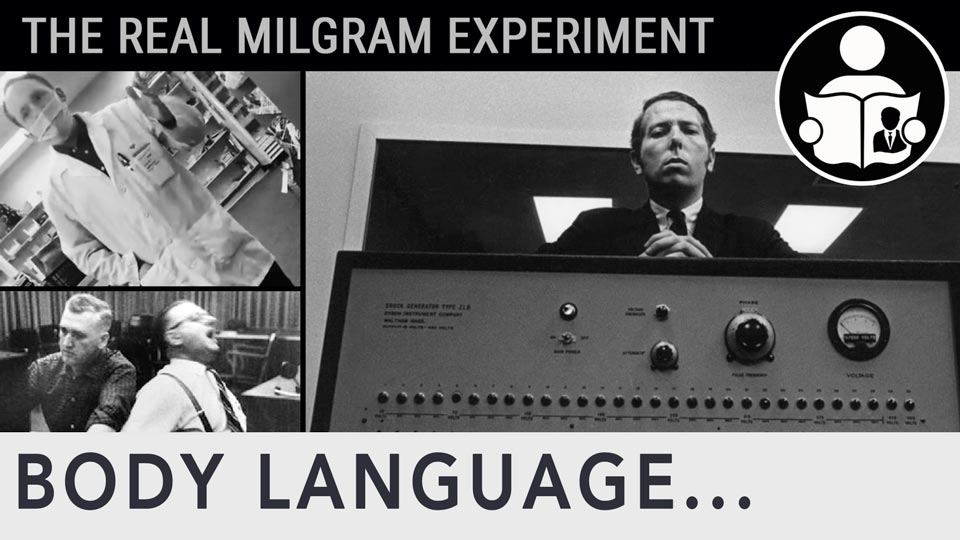 wpDiscuz
7
0
Would love your thoughts, please comment.x
()
x
| Reply
You are going to send email to