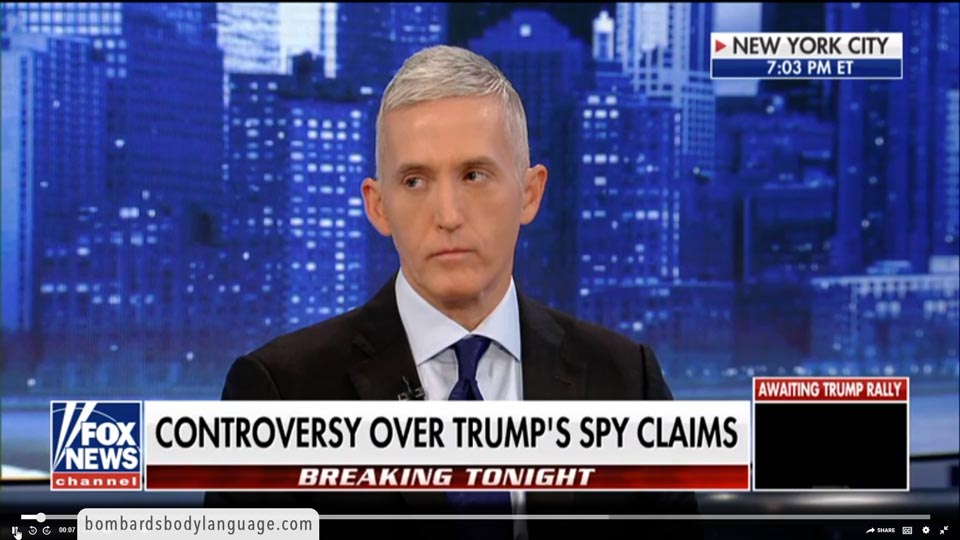 Great insights. It does appear that Trey Gowdy has forced himself to be ‘even-handed,’ rejecting FBI misdeeds. I’m shocked to find that Gowdy isn’t clear-headed enough to handle this scandal. I wonder what Sen. Nunes thinks about his partner, Gowdy? These are rare times.

Mr No Name
Reply to  jimmer 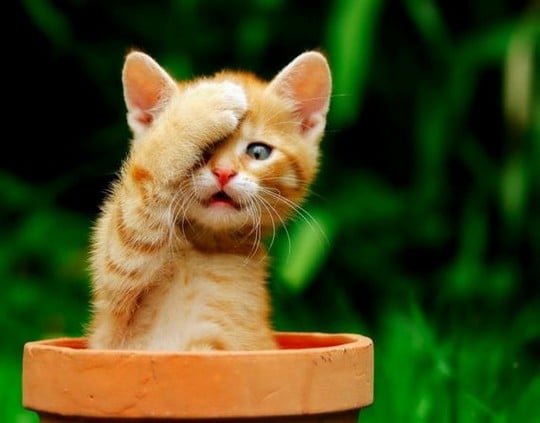 Mr No Name
Reply to  jimmer

Hopefully Nunes sends him a link to this video!

Thank you, Mandy.
I like Trey Gowdy and believe him to be an intelligent & honorable man, but everyone has flaws and weaknesses that can be exploited. As you say, Gowdy’s blind-spots are being exploited in this case. He is furthering the purpose of the Mueller team; establishing (any) grounds for impeachment.

that is why we need to be aware of our own bias. so that we do not become blind

FICTION: If you listen to what Gowdy says his directive is: Bob Mueller was “told to do a counterintelligence investigation into what Russia did”. To me, this sounds like some sneaky and nuanced effort to distort the facts. Or maybe, as Mandy says, it simply allows Gowdy to maintain his belief system. Either way, it is dubious rhetoric that should be considered carefully.

Gowdy’s main point #2: Trump is simply asking the DOJ do their job. Remember folks, we already have laws that punish U.S. Citizens that work with foreign governments to the detriment of our own (Just ask John A. Walker if you don’t think so). To allow that a special counsel appointment is necessary in order for the DOJ to do their job in the case of the election is ludicrous. Consider Gowdy’s main point #1: “no one knows whether this is a criminal investigation”. What??? The AG directive confirms that “the Special Counsel is authorized to prosecute federal crimes arising from the investigation of these matters.” The operative word there is “crimes” folks; not punitive damages awarded in a civil suit. If that is not begging the question of whether this is being investigated as criminal matter, than I can’t imagine what else could confirm such a position.

Also, bear in mind that the AG directive doesn’t mention the term “counterintelligence” at all…and it is not as opened ended in scope as Gowdy’s “what Russia did” paraphrasing leads us to believe. In my opinion, the term counterintelligence has connotations that involve the CIA & NSA (and perhaps a myriad of other departments like Homeland Security, etc.) responsibilities that may not mesh well with DOJ’s oversight or ability to prosecute. Also, Bob Mueller was not appointed to do what regular CIA and NSA operatives do for a living everyday. If he was, then we’re overpaying handsomely for it.

Investigating “what Russia did” is also problematic from the stand point that DOJ does not have access to Russian intelligence departments— or documents— or the power to subpoena foreign nationals to get those documents. To top that off, they certainly do not have the ability to hold foreign nationals accountable under our federal laws even if they were to stumble upon incriminating evidence. But this is what the AG directive specifically asks for. Essentially, the directive set up the condition for the tail biting we’re continuing to see take place. So, even if they are looking for any of our own nationals that may (or may not) have had part in “what the Russians did”, they will only be able to compile a small fragment of the any possible criminal picture with the evidence they are legally able to obtain. I’m not attorney, but I don’t see how that could possible make for a case in criminal court. No; rather, this directive was set up (IMO) specifically with the nebulous intent to foster accusations and recriminations meant to be considered in the court of public opinion which I find unproductive…and possibly illegal (as Gullioni infers with his “spygate” comment).

To me, this is why this investigation is a fruitless endeavor, a complete waste of taxpayer resources, and a red herring simply meant to distract from the fact that our Congress is incapable of actually working on the behalf of the American people as they were elected to do.

Thank you Mandy!!! WOW! Unbelievable that Goudy is soooooo blinded to all the REAL PERTINENT facts about this crazy Mueller train headed for nowhere! (but spending $10 million of our money )

This was a good one Mandy. I used to admire Trey, but he doesn’t seem, or want to see the forest for the trees (belief system). Very disappointed in this intelligent man.

Very well done, Mandy. This was jawdropping when I saw it live. In his case, the belief system, coupled with the fact that he is wanting to get back in to being a prosecutor, have him completely blind to reality. Although, I am somewhat suspicious about his insistence in repeating the mantra of “Trump is not the target”. He is smart enough to know that there is no target in a counterintelligence investigation, so his repetition of this is designed to be misleading, if not an outright lie. Fans of his have to remember several points: 1. He is a lawyer and by nature, if they are good, they have an incredible ability to compartmentalize, overlook and twist facts to fit a narrative. It is their job. 2. He is a prosecutor, and though he may not be as ruthless as Mueller at setting up perjury traps and punishing the innocent to get them to filp, he has and will in the future employ those tactics. The only difference is that he will justify it in his belief system, as being used against “bad guys”. That is the problem with the justice system- the belief system of the prosecutor determines who is the unfortunate target of those tactics. Just look at D’Souza, Martha Stewart, and the innocent men convicted by Mueller who died in prison while Whitey Bulger, who did the crimes, walked free. He let this happen, knowingly, “to protect a source” Gowdy wants to maintain the system and has to maintain his belief system to do that. I am dating myself, but he is like a pinball machine that has gone on “tilt” and cannot possibly consider the truth, which is that the entire system is corrupt and has been weaponized against citizens and a Presidential campaign. You might notice that Devin Nunez has been completely silent. My guess is that he is waiting for the IG report to come out. Until he can see reality, Gowdy is just a “useful idiot” to Mueller and his fellow traitors. Thanks for the video!

One of the things I like about your narratives is that I don’t have to wonder if I’m projecting my emotions onto your opinions. I share your frustration at Trey’s belief system, but I think it makes him Trump’s worst enemy. For he is intelligent and dogged, while the others are not. I hate to say this, for I despise the ex-mayor of NY whose evil name I dare not repeat, but I would take that creep’s advice if I were Trump. Not that I think Trump needs either of them for his plans. However, I do believe that once the corruption becomes so obvious that even Trey will see it; he will become a decent representative. But, since I’m an anarchist, that doesn’t really impress me much. Loved this video, as I always do. Glad your feeling better. Did you get to infect any liberals while you were sick? Gotta let them check out the Obama Care!

😉 i live in a university town…im surrounded

It might be good to be King, but being Patient Zero does have it’s moments! By the way, I’ve had a fair amount of experience with the press and, due to profanity requirements, am unable to properly describe my feelings towards them; but this woman is a good journalist. She would be better than Tucker in my opinion as she doesn’t seem to have his failings in how to deal with scripts. I do consider Trey’s belief system to be so entrenched as to make him so predictable that he runs on a script. So kudos to this woman! Or have I missed something? I am a fairly poor student.

My opinion for some time is that Gowdy is being subtly blackmailed with threats about his family. He is a decent man and as Mark Allen says, honorable. He is behaving very strangely, but essentially he is just trying to get out of this quagmire of very evil people.

A “Sacred Cow” (SC) is the belief that someone or something can do no wrong and above reproach. People with Sacred Cows are unable to think critically when their SC is involved. The SC of Islamists is Mohammed. The SC of the Nazis was Adolf Hitler. The SC of Trey Gowdy is the DOJ.

This makes me sad. I really love Trey Gowdy but he def does have a belief system, He must open his eyes to everything going on and the corruption happening. I hope he does get woken up soon because he’s one of the good ones.

did he even have enough information to be guesting on ANY talk show? at least 1 demerit for Gowdy for not being smart enough to find out. buttering his bread – not typical of one who spouts ‘things should be done right.’
https://legalinsurrection.com/2018/05/report-gowdy-didnt-see-documents-that-allegedly-refute-trumps-fbi-spy-claim/

Huge example of the inflexible to reality posture of a person with a belief system. Really love all your what you share with us. I feel outraged that you were ousted by youtube after you did the funny clapper/clapping deciphering, they just did not overtake that one and used a pretext of another video. Nice work. Keep the good work and fun 🙂 and Thank you.

That’s funny regarding your opinion on the clapper video.. I suspected the same also!

I think Rod R. is dirty.

It’s offline.. we are making amendments.

He’s working hard to get that property in Ohio